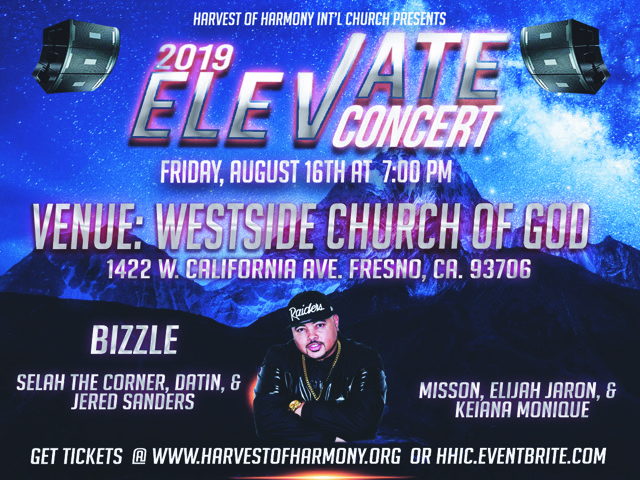 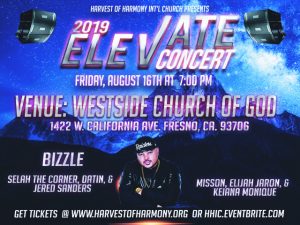 Fresno, get ready for Elevate ’19 Concert Featuring Bizzle. This is going to be a night you don’t want to miss!!

Bizzle is one of the Hottest Christian Hip Hop recording artists in the nation. Bizzle released his first mixtape, The Messenger, in March 2010. Shortly after his release, he founded God Over Money Records in Houston, Texas and continues to release award-winning hip-hop music. Bizzle received nominations for Rap/Hip-hop Gospel CD of The Year at both 2012 & 2014 Stellar Awards, sharing the category with artist Derek Minor, Lecrae, and Thi’sl. He also received three nominations at 2012 & 2013 Kingdom Choice Awards. He won all three categories in 2013 for Rap Single of The Year, Hip Hop Album of The Year, and Music Video of Th Year. Bizzle continues to encourage, uplift, and reach millions with his straightforward, uncompromising message of God Over Money, touching the lives of youth, milliennials, and adults around the world.

Please bring printed and or virtual form of a ticket(s) the day of the event.