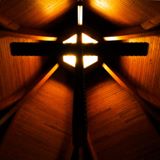 One of the first televised ethnic recipes in the Golden State will highlight the autumn food bazaar at California’s oldest Armenian Church.
Margaret Garabedian Setrakian’s “Kabob Delight” will be shared with guests at the 2019 Merchants’ Lunch and Country Store of The First Armenian Presbyterian Church of Fresno. The harvest gathering will take place from 10 a.m. to 2 p.m. on Thursday, November 7, at the Church Campus, 430 South First Street at Historic Huntington Boulevard, near Downtown Fresno.
The 122nd annual gathering will feature seasoned beef filet kebab at $18 per person and chicken kebab at $16 per person, with accompaniments including rice pilaf, cheese boureg, garden salad, pickled tourshee, fresh peda bread, and paklava. Photographs, paintings, and artifacts depicting more than a century of Central California ministry will be on display during the culinary event.
Meals will be available to guests for dine-in, take-out, or drive through. The drive-through lane will be located on the Raisina Street side of the Church Campus, one block is west of First Street between Huntington Boulevard and Balch Avenue. More information is available by calling (559) 237-6638, faxing (559) 237-9526, or e-mailing administration@fapc.net.
Margaret Setrakian (1919-2012) was born in Fresno to Vaughan and Veronica (Harikian) Garabedian just seven months after the World War I Armistice. She married her high school sweetheart, Souren Setrakian, and they made their home a few blocks from the FAPC Campus. A gifted cook, baker, and artist, Margaret demonstrated her main specialty dish, also known as “The Hobo Pack,” on the September 14, 1953 broadcast of Fresno Cook Book. The 30-minute afternoon culinary program aired live on Fresno’s first television station, KMJ Channel 24. The NBC affiliate, initially owned by McClatchy Broadcasting, first signed on the air on June 1, 1953 in studios designed by television pioneer Marshall L. Faber, Sr. Today the station is known by call letters KSEE and is owned by Nextar Media Group.
The autumn food bazaar marks the 26th Anniversary of the publication of “A Hundred Years and Still Cooking,” the FAPC Fidelis Women’s Society Centennial recipe collection. First published in 1993 by H. Markus Printing, the 496-page volume includes instructions for preparing 636 different ethnic recipes and sells for $35. Food writer Barbara Hansen, a James Beard Award winner, reviewed the amount in the January 14, 1998 edition of The Los Angeles Times under the headline, “Leaves from Fresno.” The cookbook is a unique compendium of heritage recipes, Scriptural truths, Old World culinary precepts, and Central California ethnic history.
The Merchants’ Lunch Country Store will be open throughout the luncheon hours for holiday shopping. The Store will offer such ethnic delicacies as choreg, souberag,
paklava, yalanchi, bottled grape leaves, gutah, tourshee, rojik, and basdegh. The abundant produce of the San Joaquin Valley and a host of homemade bread, jellies, and pastries will round out the comestibles in the Store pantry.
Reverend Gregory Vahack Haroutunian is the Senior Pastor of the Congregation. Maryvonne Gagliardi, Steven Marashian, and Elaine Tavlian Rubio are Co-Chairs of the 2019 Merchants’ Lunch and Country Store.
Chartered by 40 immigrants in a rented hall on July 25, 1897, FAPC was the boyhood church of authors William Saroyan and A.I. Bezzerides and documentary filmmaker J. Michael Hagopian. Six generations and 12 decades later, FAPC is a multigenerational congregation drawn from the Old and New Worlds.
FAPC is a member congregation of the Evangelical Presbyterian Church and the Armenian Evangelical Union of North America. The 122nd Anniversary theme of the gathering is “Love Christ. Love Others. Make Disciples.”